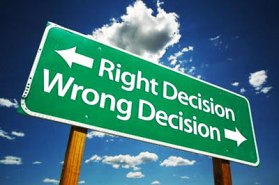 So, here we are with the possible heir-apparent, M. Pierre Karl Peladeau (PKP), recently announcing his intentions to lead the Parti Quebecois (PQ) to their next election victory in less than four years. No need to fret fellow Quebeckers…we have a new ‘savior’ in the house!

Many know that I respect democracy. They also know that I believe that in a democracy where we have the right (and obligation) to apply our freedom to question governments and their policy positions. This is something that I not only embrace but fully encourage others do. END_OF_DOCUMENT_TOKEN_TO_BE_REPLACED

Many people are know that I am an accounting professional. And there was a time not so long ago that I was proud to possess a certified professional accountant designation. But when your governing body doesn’t act on behalf of the remaining well respected members there is an issue.  Allow me to explain.

I live in Quebec and, as many Quebeckers (and Canadians) know, our province is now the poster child for entrenched corruption. And when I say entrenched I am saying not simply organized crime but organized crime that is fully “in bed”with just about every level of government, civil service, and a variety of profit and nonprofit organizations.

Like anyone who has grown up or lived here for many years, we recognize that this unfortunate situation is something that has been silently accepted only because the public was (and possibly still is) powerless to changing any of it. You have to either laugh at it or simply shrug it off knowing that if you spend any time in the Olympic Stadium, drive under any of our chicken-wired overpasses, or even drive on any of the precarious bridges you literally (yes. I am using it correctly) that you are taking your life in your hands.

Ok, so I went on a tangent but it was a relevant one. This is not supposed to be a rant about something that we all know about or live with consistently. Supposedly, they (the powers we elect) are “taking action” or at least providing the illusion that things are being addressed. But are they really?

While corruption investigators are attempting to prosecute those that took advantage of the “free-for-all” trotting around one big name after another including mobsters, Presidents of major corporations, and recently (a few days ago) the former President of Quebec’s largest construction union (FTQ), it remains somewhat empty.

Stop yelling, “Ajay, they’re actually doing something about the corruption! You should be thrilled!” at me. Here’s where it falls apart. The situation and position of CPA Quebec has preoccupied me for some time but motivated me to publicly question it.

Jocelyn Dupuis, the former FTQ union boss (by the way, FTQ is the Fond de Travailleurs Quebec) was found guilty and convicted of fraud among other things. While he does deserve this conviction this rant is more about all of the accountants who were responsible for authorizing Mr. Dupuis’ claims.

Even the presiding judge and crown attorney admitted that the accounting was “sloppy”. Mr. Dupuis’ defense went as far as claiming that he believed that the receipts submitted (on napkins) to the accounting department were acceptable since the FTQ controllers approved them without justification. And herein lies the issue.

What the public fails to realize is that accountants are legal professionals. Like all professionals (lawyers, doctors, and engineers), accountants are held to a public trust and accountability. All accountants, around the world are bound by legal and legislative rules passed by governments and accounting bodies. And if that wasn’t sufficient, all CPAs are strictly held to a professional code of conduct and ethics. This code incorporates what is often accountants refer to as the “sniff” test. If an accountant even slightly suspects (the sniff) an irregular or fraudulent accounting issue or treatment they are bound, possibly legally, to report it.

So, while it is good news to see some criminal paying the price through conviction, I am more concerned with fact that not one Quebec accountant has been held accountable to their role in all of these fiasco’s. when it comes to dealing with financial concerns it is the accountants that are the first and last line of defense for inappropriate behavior and conduct.

It is interesting that the Quebec order of Engineers made a public statement on the issue of infrastructure and contractor corruption but the Certified Professional Accountants of Quebec have been noticeably silent on the conduct of their members.

If accounting professionals have a public trust, where is it? And why, or rather, when will the CPA take action? Make the respected members proud to be part of a respected profession.

It’s time for the accounting profession to act and make members accountable since the word itself encompasses the word, “Accounting”.

After circulating the conference circuit in the past few months, we’ve been dismayed to see that many learning professionals believe learning’s role can, and possibly should, remain disconnected to from business reality. By no means do we want to minimize some of the worthy learning integration efforts many forward-thinking organizations initiate. But the fact remains that too many learning leaders and teams show disdain about recognizing workplace learning in a business context. Furthermore, they refuse to comply with their organization’s business reality. Instead, some professionals believe that learning is a noble effort, an attitude we find to be a bit arrogant. Often, these are the same people who are waiting for a quick fix that will gain their business leaders’ acceptance and make their learning efforts relevant.

The first step is to accept that internally, learning’s role is just another business activity like any other. Some people might find this statement to denigrate learning by equating it to business. But whether you’re organization is profit or not-for-profit, public or private, once leaders allocate or budget funds to an activity, it becomes a business activity—not a noble cause or charitable endeavor.

Every learning professional can make their life so much simpler by accepting this reality. First off, workplace learning would become business relevant. Recall for a moment a recent learning initiative accepted by your business leaders. Chances are they were convinced to provide funding because the activity fulfilled an immediate business need, not because of your charisma or charm. This win might have made you believe (falsely) that leaders would accept any of your learning activities. But if you don’t support the next initiative with a solid business case, your leaders will turn it down.

Leading learning organizations ensure that every learning initiative is relevant. For example, Wal-Mart is famous for the industry-leading supply chain management process. If you had a moment to speak with their learning leader, you would quickly discover that senior business leaders focus their resources and efforts to develop and maintain the various facets, skills, and knowledge around their supply chain process. This learning focus is business relevant.

Accepting learning as a business activity leads to a second, and more meaningful, point, which is that learning must also align with business. Where business relevance applies to how learning efforts match an organization’s motivation and strategy, business alignment targets specific business areas and needs. Sounds simple enough but this is where most learning professionals fail. In our book, The Trainer’s Balanced Scorecard, we address both business relevance and alignment, but it is alignment that we find poses a challenge. We’ve seen learning professionals throw caution to the wind and believe that all they need to do is to develop a relevant learning solution and, once in place, employees and managers will figure how to align it to their specific business needs and objectives. If you really want to be taken seriously and build credibility with business leaders, then you’ll need to align with business demands. As we write in our book, this means you must become an operational partner rather than a functional department.

Being an operational partner means approaching business units to learn about their objectives instead of waiting for them to come to you. Discover which performance pressures preoccupy them. Identify their pain points and work closely to ascertain their specific learning requirements. Then be proactive and build a targeted learning strategy that will help meet their performance expectations.

An example of alignment is how Apple works to maintain their leading position for customer satisfaction with the publication Consumer Reports. More than simply training the AppleCare team to learn about product operation and features (Level 1 and 2), the company strives to ensure that its learning processes meet customer and product expectations (Level 3 and 4) and then focuses on the learning needs of the AppleCare group. The Apple learning department does this by aligning with a customer satisfaction business objective, conducting real-time skills assessments through employee testing, and working alongside the AppleCare group so employees are current on explicit performance expectations. This is learning that is business aligned.

Ultimately, your organization hired you for your learning expertise, and you are probably pretty good at it. It is incumbent upon us as learning professionals to prove that activities we propose are relevant to the organization and align with business needs.

Like Loading...
I used to agree about this generation feeling “entitled” but my opinion has changed. Every generation believed that the younger ones were spoiled (yes, including us and our parents). We should be proud that the students are taking a stand for their beliefs whether you agree or not. I don’t agree how they are handling it. I believe in passive-resistance and peaceful protest (e.g. Vietnam, India’s independence, US segregation, etc). If they were conducting silent marches, hunger strikes, sit-ins while the police/law makers were acting stupid they would gain full pubic support.
The big problem is that the protest on tuition is masking (or unveiling) the true message of corruption, wasteful, and unaccountable government spending while asking the public be more austere. Let’s analyze how government (in Quebec and Canada) has acted in the past 5 years: END_OF_DOCUMENT_TOKEN_TO_BE_REPLACED

I believe most of the public is missing the bigger picture when it comes to the Quebec student protests. There are several issues at play that many don’t notice.

First, the taxpaying public should be upset about the tuition increase. The argument is that tuition in other provinces are much higher. What the public fails to recognize is that the taxpayers in these provinces also pay less to subsidize education. So, if the Quebec government wants to increase tuition it should also reduce the tax burden on the public. END_OF_DOCUMENT_TOKEN_TO_BE_REPLACED